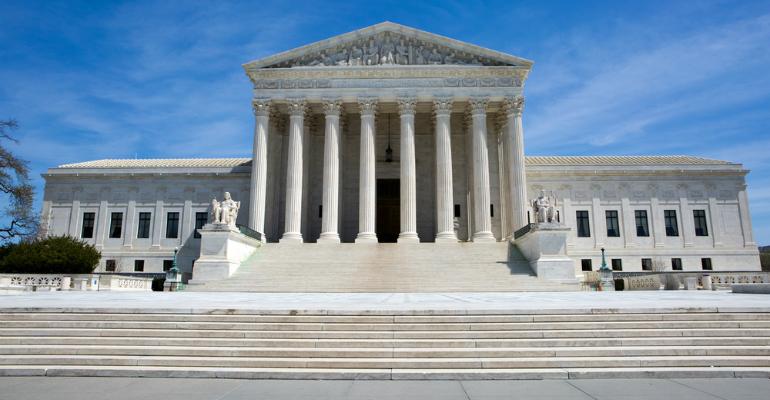 Hamdi v. Rumsfeld
542 US 507 (2004)
Did the government violate Hamdi’s Fifth Amendment right to Due Process by holding him indefinitely, without access to an attorney, based solely on an Executive Branch declaration that he was an “enemy combatant” who fought against the United States? Does the separation of powers doctrine require federal courts to defer to Executive Branch determinations that an American citizen is an “enemy combatant”?

Rumsfeld v. Padilla
542 US 426 (2004)
Does Congress’s “Authorization for use of Military Force” authorize the President to detain a United States citizen based on a determination that he is an enemy combatant, or is that power precluded by the Non-Detention Act?

Hamdan v. Rumsfeld
548 US 557 (2006)
May the rights protected by the Geneva Convention be enforced in federal court through habeas corpus petitions? Was the military commission established to try Hamdan and others for alleged war crimes in the War on Terror authorized by the Congress or the inherent powers of the President?

This site is part of Humanities Commons. Explore other sites on this network or register to build your own.
Terms of ServicePrivacy PolicyGuidelines for Participation
Skip to toolbar